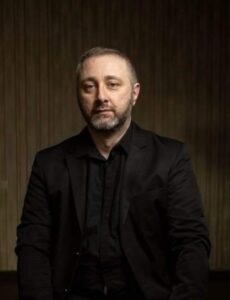 Uri Brener was born 1974 in Moscow and has been playing the piano since the age of four. His first composition attempts go back to the age of seven, his first acclaimed opuses appeared at the age of 12.

Uri has won a series of prestigious awards and scholarships, among them the 2006 and 2017 Israel Prime Minister Prize for composition, an ACUM award, which he has been awarded three times (2008, 2010 and 2015) and many others.

Since 2007 Uri is active as a composer in residence of the Israeli Sinfonietta Orchestra and since 2016 he is a music director of the `Mikro` Theater in Jerusalem.

In 2017 Uri became the director of a oldest conservatory in Israel – “Ron Shulamit” (Jerusalem).

The opening of the 2018-19 IPO season under the button of the great maestro Zubin Metha was marked by the performance of Uri` symphonic poem "The Prophet" for orchestra, choir and piano, composed at the age of 14, with a composer performing the piano solo part.