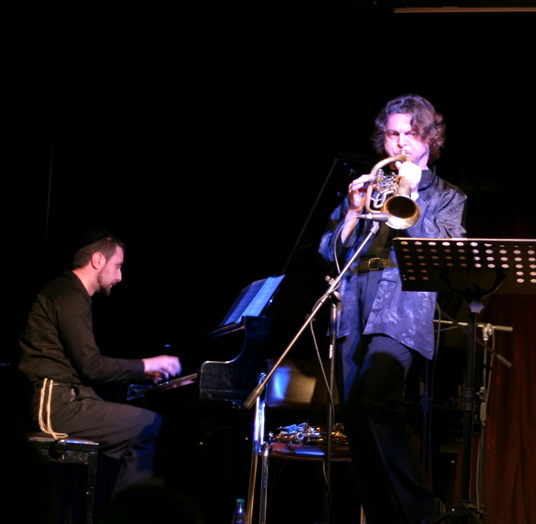 The Duo is a project combining two classically trained musicians, both of whom has found their own way to transcend a traditional musical carrier by looking for new creative possibilities and horizons – be it a jazz, fusion, world-and ethnic music or their own original compositions.

The Duo has been performing with a great success in festivals around Europe and in Israel, where they were joined by the Uri`s group “Tabula Rasa”. Their concerts were broadcasted live on European radios and filmed by Serbian TV. Parts of their concert during the “Nomus “ festival at Novy Sad has been released on a festival`s 30th anniversary compilation album. 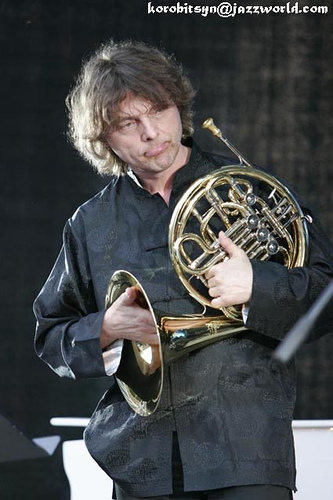 Arkady Shilkloper
Arkady Shilkloper (Horn, Fluegelhorn, Alphorn) – musician that was referred to by the Los Angeles Times as a “musical sensation”, is one of a few horn players around the world that perform jazz, and probably the only one and unique virtuoso performer of a kind in the world on the Alphorn.
He was one of the founders of the “Moscow Art Trio” together with a prominent pianist Misha Alperin and Sergey Starostin on vocals and clarinet. He has released a dozens of albums – solo and as a part of a groups, among them four ECM albums. He has been performing as a part of the Vienna Art Orchestra.
In 2000, Arkady put together the Mauve Trio with brazilian guitar player Alegre Correa and austrian bassist Georg Breinschmid. Their debut album «Mauve» (Quinton, 2002) was awarded the prestigious Hans Koller Prize of Austria as the «CD Of The Year».
Arkady Shilkloper plays concerts and gives master-classes around the world (about 100 in a year!!!): Russia, Europe, USA, Canada, Japan, Panama, China, Korea, Australia…
For more info www.shilkloper.com 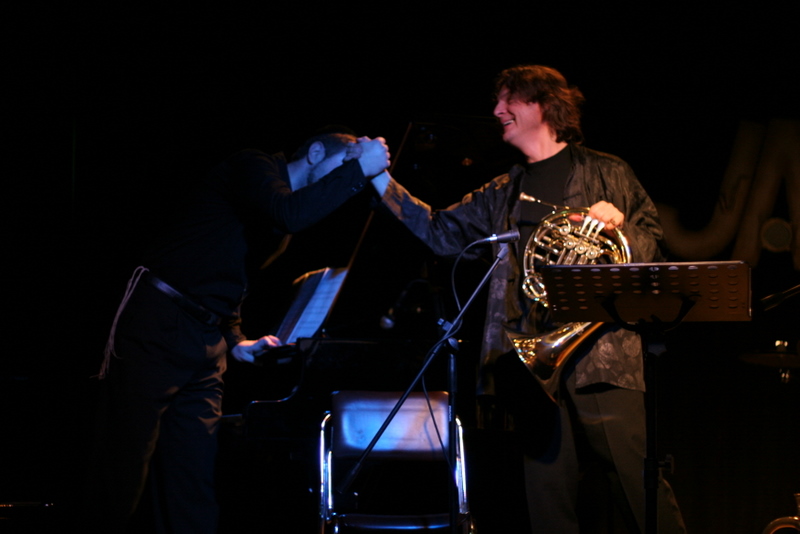