Composer/pianist/arranger Uri Brener was born 1974 in Moscow to the musicians' family.
His father worked as a bassoonist in the major Soviet symphonic orchestra (USSR State Orchestra) and his mother – as a violinist at the second big opera theater of Moscow (Stanislavsky and N.Danchenko Opera Theater). He became a fourth generation of professional musicians in the family and his musical education

Symphonic poem The Prophet, which was performed at the opening of the new 2018-9 season of the world-famous Israeli Philharmonic orchestra (IPO) under the botton of the great maestro Zubin Meta, was written when the composer was 14 years old.

began early - particularly playing the piano, which he started with the age of four. His first compositional attempts go back to the age of seven, and his first acclaimed opuses appeared at the age of 12 (among them symphonic pieces, piano and chamber music).

At the age of 7 Uri entered the Central Music School of the Moscow State Tchaikovsky Conservatory, where he started his studies with a focus on bassoon, piano and musical theory.

After the death of his former teacher Prof. R.Terjokhin, Uri proceeded to the class of his uncle D.Guskov, the principal bassoonist of the Moscow Philharmonic at that time, who was teaching at the Gnessin Musical College. In 1992 Uri became a young student at the Robert Schuman Hochschule (Music Academy) of Dusseldorf (Germany) in the composition class of Prof. Trojan, with an excellence scholarship from the Academy. At the same time, Uri gets private lessons in composition with Prof. Daan Maneke at the Sweelick Conservatorium of Amsterdam.

After studying and performing in Russia, Germany and Holland, he then moved to Israel, where he got his PhD with excellence in composition.

The theme of his doctoral theoretical research was the connection between the fundamentals of the Gestalt psychology and music, specifically the Piano Etudes by György Ligeti. As a graduation work, Uri composed Symphonia Concertante "Faust" (or "Faust-Concerto") for viola solo and symphonic orchestra.

Uri`s music is performed worldwide in the most prestigious venues and stages (Germany, Switzerland, Sweden, Denmark, Italy, France, Holland, Canada, USA, Australia, Latvia, Lithuania, Czech Republic, Russia, Serbia, Croatia and more; among others in such venues as MOMA in New York, Capitolini Museum in Rome, The State Tretyakov Art Gallery of Moscow, The Staatliche Antikensammlungen in Munich, Akademie der Schoene Kunste in Berlin, Charles Bronfman Auditorium and Art Museum of Tel-Aviv and others). 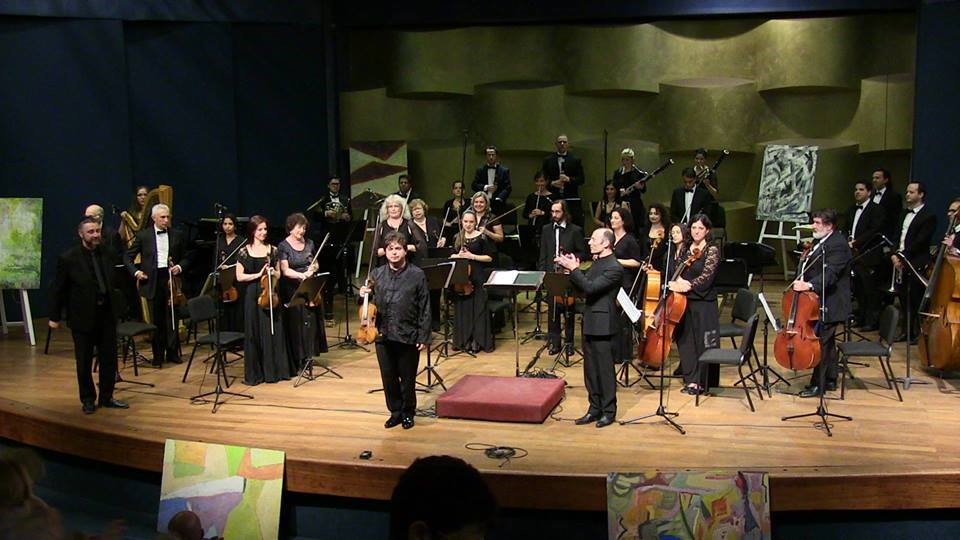 Uri has also composed two suites for flute and jazz trio in a crossover genre, first of which,“Jazz Sebastian Bach - Chance Encounters”, was commissioned and recorded by the renown flutist Noam Buchman together with Uri`s jazz trio Tabula Rasa and highly praised by both national and international media. It was released on a CD by the "Eighths Note" label and published by the "Harmonia Books" in London. The second suite, “Clazzic Suite”, was commissioned by the Munich based crossover ensemble by the same name ("Clazzic") lead by a flutist Martina Silvester and is based upon iconic classical works such as Debussy`s “Syrinx”, Stravinsky`s “Firebird” together with works by Bach, Mozart and others.

Being a skilled pianist himself, Uri performs in many concerts worldwide both alone and cooperation with other musicians, performing his own works, as well as works by other composers. He is taking part in many projects featuring different styles of music including free- and jazz-improvisation, crossover music, world-music, klezmer and more. (for the complete list of Uri`s projects please go to main main projects & cooperations). 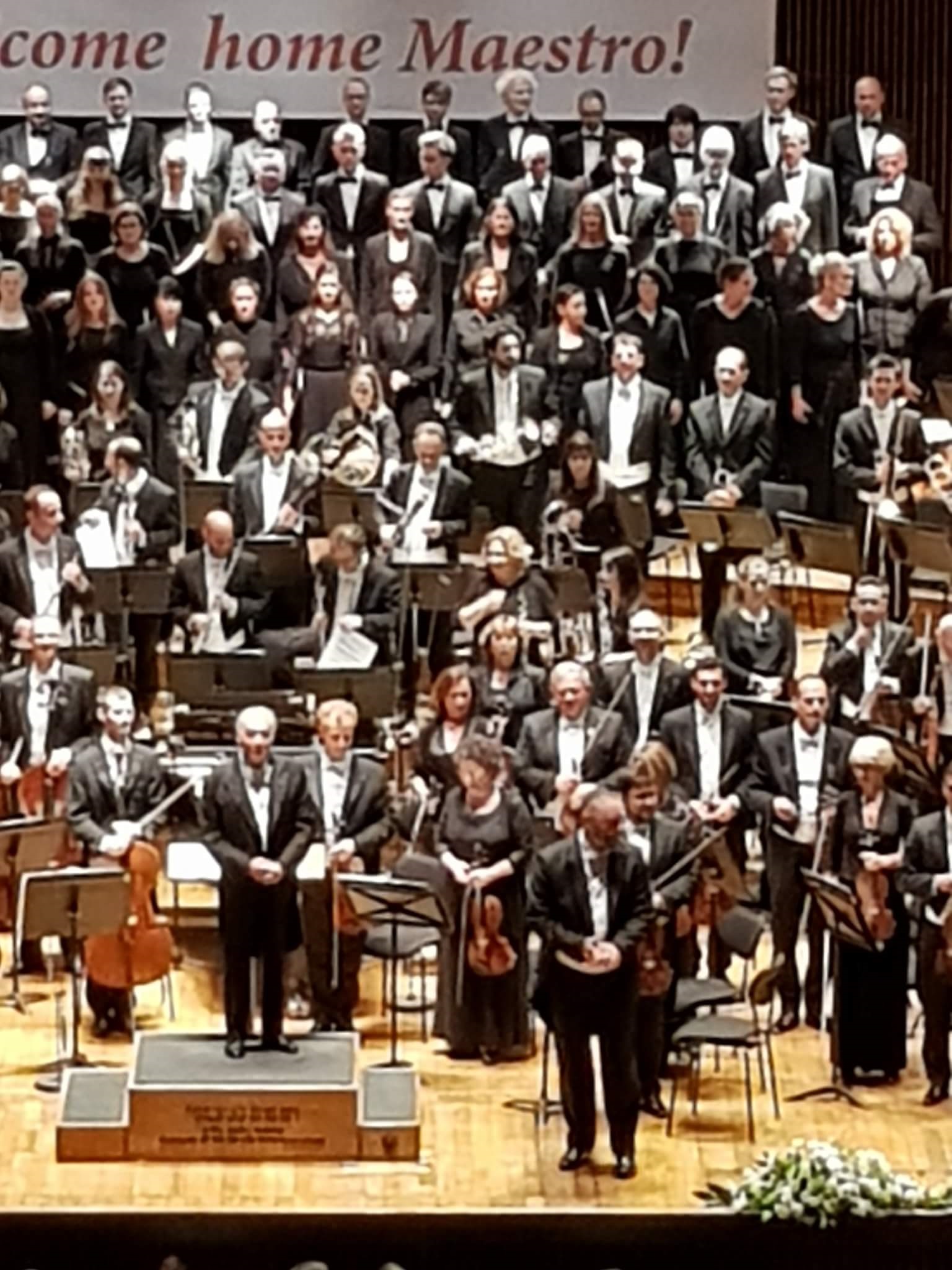 Uri has participated as a teacher and lecturer in international workshops and master-classes; he participated as a special guest in many festivals and was a member of Juries for international and national composition competitions. Uri joins occasionally broadcasts on Israeli classical music channel `Kol HaMusika` presenting his own music, improvisations and the music by other artists, he has also appeared in TV shows.

Most of Uri`s works are published by IMC (Israeli Musical Center) and IMI (Israeli Music Institute). Some of his scores are to be found in the catalogue of the US Congress Library. Brener`s compositions have been released on numerous CDs by such labels a NAXOS, Albany Records, Eighth Note and others. (For a complete list of releases please go to discography)

His solo piano album, titled “A Walk“, consisting mostly of his piano compositions was released during late 2007 by the EnT-T label and was appraised by the media as “A delightful solo piano blend of modern and ambient jazz” (Jerusalem Post, October 25th, 2007) and it is said to “..testify to Brener’s tendency to blur boundaries between various musical worlds in a productive way”(Haaretz 04/11/2007 ).

Uri has won a series of highly prestigious awards and scholarships, among them the Prime Minister Prize for composition (2006 and 2017), and a prestigious ACUM Award, which he has been awarded three times (2008, 2010 and 2015 within different categories), Boston Metro Opera Concert Award at the Contempo Festival Composers` International Competition 2014 in the category “Opera Special Awards” for the Operatorio “Shunamit”, an International Mozart Award from the International Biographical Center, Cambridge, England, 2nd Prize at the international Keuris Composers Contest (Holland) and more(for a full list of awards please to awards & honors).

In 2007 Uri has been appointed a composer in residence of the Israeli Sinfonietta Orchestra of Beer-Sheba, Israel, with maestro Doron Salomon, and then later Justus Franz as its chief conductor.

Since 2016 he is a music director of the Mikro Theater in Jerusalem.

In 2017 Uri also became a director of the oldest conservatory in Israel, Ron Shulamit, in Jerusalem.

The opening of the 2018-19 IPO season in cooperation with the world famous Munich Bach Choir under the button of the great maestro Zubin Metha was marked by the performance of Uri` symphonic poem "The Prophet" for orchestra, choir and piano, composed at the age of 14, with a composer performing the piano solo part.